Student Shares Feelings on her Mother 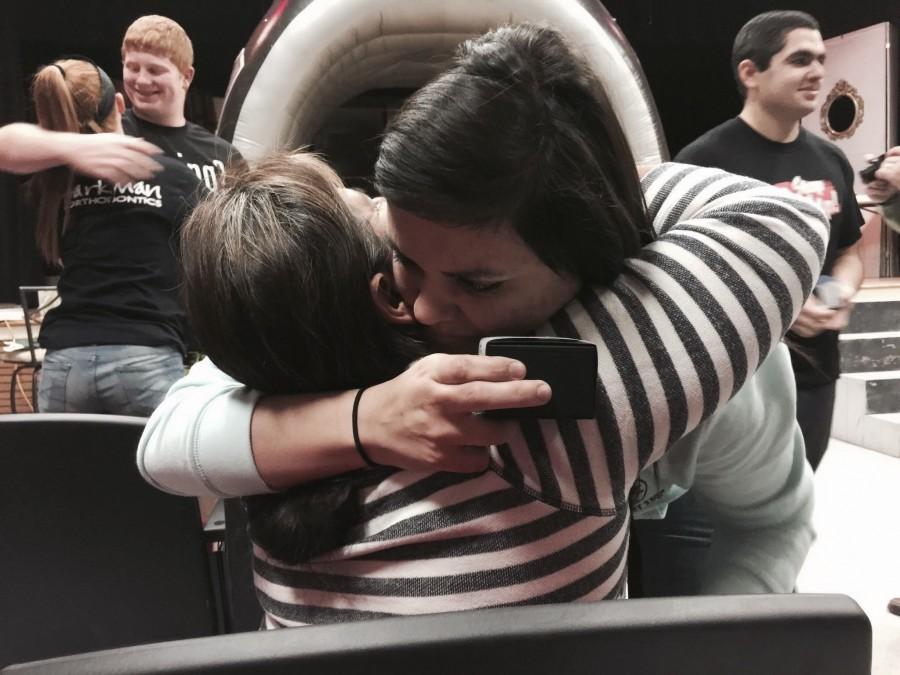 Leslie Germany and her mother share a moment together at the Jostens Ring Ceremony. Leslie gave her mother her companion ring, which is supposed to be given to someone that is important to the junior. “Having her support in athletics, as well as academics, is something that I will never be able to repay her for,” Leslie said.

My mother’s full name is Graciela Adame Flores, she was born October 22, 1969, in Ciudad Juarez, Chihuahua. She was born to my grandma, Martha, and my grandfather Gabino. She was born to a family of 10, and was the youngest child out of eight. My mother grew up in Mexico, and didn’t come to the United States until she was 21. Her childhood was rough. My grandpa worked in the United States, while my grandma stayed in Mexico to take care of my mother and the rest of her family. She had my oldest sister when she was 18, and my older brother when she was 21. My grandfather worked in Spearman at the grain elevators, and so did my father. My father heard about my mother through my grandfather, and that’s when my parents decided to get to know each other.

My grandfather passed away in 1995, and my grandmother passed away 10 years later, in 2005. My mother is the only one out of her family that lives in the United States, besides a sister that lives approximately 30 miles outside of El Paso. Our family is small. My mom never finished high school, even though she doesn’t have a diploma, she still finds a way to provide our family with all of our needs and wants. She works several jobs, and rarely complains about any of them. She’s smart, humorous, and loving. She always puts everyone before herself, and only wants the best for others.

Having her support in athletics as well as academics, is something that I will never be able to repay her for. No matter how many times I felt like giving up, she always pushed her kids to be the best they can be. Laying on the couch watching Lifetime movies on snowy days, taking road trips to Mexico, and having dinner together are some of the greatest memories with my mother that I will cherish forever.